It’s that time of year when you start seeing those pesky best-of lists, and as my eyes are increasingly drawn toward best-of-book compilations, I thought I’d provide my own.

1. Tenth of December by George Saunders

The latest collection of short stories from master storyteller George Saunders is, in a word, dazzling. This collection defies easy categorisation but the stories share two common traits: bizarre subject matter and sharp, incisive prose. I don’t think I’ve come across a better presentation of consciousness – the level of skill on display in this book is staggering. On a technical level alone, it’s worth studying (and I fully intend to do so in many a re-read) but that’s not to take anything away from the stories themselves, which are invariably heartbreaking, odd, wise, and funny. Do yourself a favour, get this book.

2. The Ocean At the End of the Lane by Neil Gaiman

This elegant fable is simplicity itself, a beautifully told story about a man searching for his lost childhood – a childhood full of witches, lies, death and sorrow alongside whole worlds of wonder and magic. I could talk endlessly about this novel but I’ve written about it before. If you want to see my raw reaction after reading this book, you can see it on Goodreads. 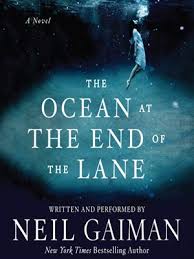 As a novice to Alice Munro’s work earlier this year, I thought I was being original when I described it as ‘quietly devastating’. Since then, and her mainstream explosion post-Nobel Prize, I’ve seen that description everywhere. It seems it’s impossible not to reach that conclusion, actually. This is not the type of writing, indeed not the type of stories, I normally find myself reading, but the quality of Munro’s prose is exceptional. Whereas Saunders brilliance is on display with his outlandish concepts and quick, savage wit, Munro’s sneaks up on you. Hers is a plain, though beautiful magic that slips you into the cracks of the everyday. Her technical skill is every bit as masterful as Saunders too, if not more so, as it’s so much more cleverly disguised.

4. Other Colours by Orhan Pamuk

It seems to have been a year for collections/anthologies for me, and this is another – a delightful selection of personal essays and articles by the Nobel Prize winning Turkish writer. Again, not the sort of thing I would typically find myself reading but just a wonderful read. It kindled a fervent desire in me to go home — to see my ancestral homeland. To read Pamuk’s reflections and reveries on life in Turkey, in Istanbul, is to be transported to that ancient city, to its winding, packed streets. It gave me a sense, too, if not for the first time than the strongest — of being an outsider.

It made me realise that here, in my country of birth, I will always stand out and I think now longingly of going to Istanbul and the joy of being lost in a crowd. In Pamuk, I found a version of myself I had not been conscious of to date – a Turkish identity I’ve perhaps repressed or neglected for far too long. Even his thought processes seemed familiar and similar in a way I found all too comforting, though there were of course many differences, many digressions. A wise, sad, and beautiful collection of thoughts and memories, this book has ensured that I will seek out his fiction too. And fast. 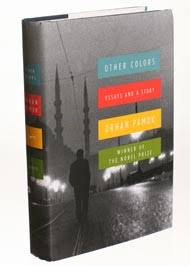 Okay, so I’m cheating as I haven’t finished this book yet – only the second novel on this list! – but that should only reinforce just how good it really is. This is one of those sumptuous, superbly written books that makes you look at your own work with disgust. A novel where every second line is poetry; I found myself on the ground every other moment because these stunning sentences kept knocking me about, or else tilted the world sideways unexpectedly. It’s impossible to read in a rush, such is its gorgeous language – it provokes a languid read, though it’s not dense in any sense of the word, nor cloying.

It’s a wildly imaginative premise, set in a shambolic theme park (Swamplandia!) off the Florida coast where the Bigtree tribe (a white family) operate an alligator-wrestling show, Ava Bigtree and her siblings struggle to deal with their mother’s death. It sets them all on markedly different paths but already, I can see the way they intersect, and I cannot wait to reach the end. A swamp full of alligators, buzzards, Bird Men, ghosts, precocious girls and a literal underworld, this is magic realism at its finest.

The Old Man and the Sea by Ernest Hemingway.

The Big Sleep by Raymond Chandler.